The legendary NYC Pride March has been a symbol of our presence in the community for more than a half-century. 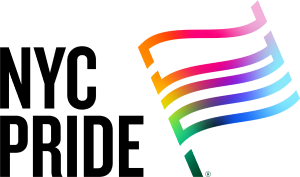 The Human Rights Conference and The Rally offer a platform for activists and organizers to make their voices heard and for attendees to hear from important voices in our community. Arts events such as Pride Presents put queer filmakers and subjects front and center, celebrating LGBTQIA+ film.

Party all night long. Whether you like House, Circuit, Pop, Drag, or Techno, Planet Pride will have a stage for you!

The Conservatory Garden is Central Park’s formal garden and one of the most significant public gardens in New York City. The Garden opened in 1937 and is named for the glass conservatory that was built at this location in 1899 to offer seasonal plant displays. People come from all over the world to view the six acres are well-known for plantings of tulips, lilacs, crabapple trees, summer perennials, and chrysanthemums.

Shakespeare Garden is fittingly located near the Delacorte Theater, the venue for the Public Theater’s productions of Shakespeare in the Park.

Vista Rock, the second highest natural point in Central Park after Summit Rock. Because of its height, Park designers chose it as the site of Belvedere Castle, which was originally designed as a lookout tower and place from which to enjoy expansive views of the surrounding landscapes.

The Met on 5th Ave. is an art experience you will remember, offering a collection of masterpieces from all over the world, including collections from Ancient Egypt and classical antiquity and like much in New York, it’s impossible to see all the museum has to offer in one day. Permanent collections include the first floor’s Greek and Roman art, Egyptian art and the second floor’s Islamic art exhibits.

The Met presents over 5,000 years of art from around the world. Since its founding in 1870, The Met has always aspired to be more than a treasury of rare and beautiful objects.

MoMA, a shrine of pop culture and 20th century history. Some of the most

Bright lights, where the stars shine, there is always a great array of famous theatre productions. A few productions currently available…

See NYC from above, this landmark structure in midtown Manhattan is a perfect way to start or end your Big Apple experience. On a clear day you’ll be able to the see the city’s major highlights some 1,050 feet beneath you from one of the worlds most famous buildings.

A defining feature of the New York City skyline since 1976, the Empire State Building lights have captured the world’s imagination for decades. Maintain a tradition of changing the color of the lights to recognize important occasions, holidays, and organizations throughout the year. Since 2012, the building has used a state-of-the-art LED lighting system, capable of displaying more than 16 million colors.

Be the first to review “… in NYC” Cancel reply